The conflict reflects a broader contest between liberal democracy and populist authoritarianism. China must not be allowed to impose direct rule 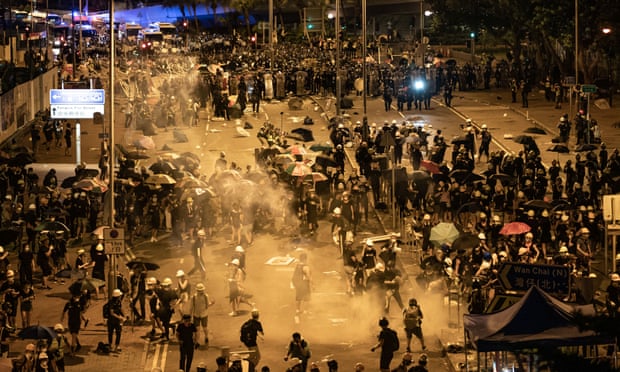 ‘Xi values the wealth and opportunities Hong Kong provides, but his nightmare is that insurrectionary democratic ideas could spread.’ Photograph: Anthony Kwan/Getty Images

By accident or design, the eruption of political violence in Hong Kong has opened the way for direct rule from Beijing. It is unlikely radical new measures to bring Britain’s former colony to heel will be imposed overnight. But furious official statements in response to Monday’s unprecedented clashes suggest the “one country, two systems” principle that has kept capitalist Hong Kong functioning alongside, and within, communist China for the past 22 years could be on its last legs.

This long-simmering crisis of mutual confidence, now finding expression through physical confrontation, is exactly what the Sino-British Joint Declaration in 1984, which laid legal grounds for the 1997 handover, was intended to avoid. It states unambiguously that “the current social and economic systems in Hong Kong will remain unchanged, and so will the lifestyle. Rights and freedoms, including those of the person, of speech, of the press, of assembly … and of religious belief will be ensured by law.” 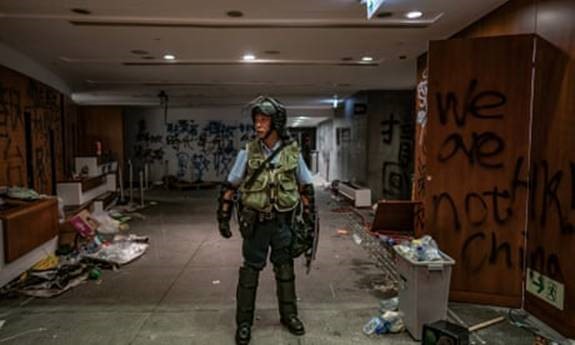 These fundamental rights are routinely ignored in mainland China under the authoritarian leadership of Xi Jinping. Hong Kong residents have watched with alarm as basic freedoms and the “high degree of autonomy”, guaranteed to them in the joint declaration, have been relentlessly chipped away. The row over a proposed law facilitating extradition of criminal suspects to the mainland, where the judiciary is politically directed, is but one symptom of a more deep-seated unease.

If China’s leaders had kept the solemn promises made to Margaret Thatcher, Hong Kong’s slow, chronic collapse of trust might not have occurred. But Beijing, having achieved its aim of regaining control, has grown increasingly complacent, even arrogant. It declared two years ago that the joint declaration, a UN-registered treaty intended to remain in force for 50 years, was a non-binding “historical document” lacking “any practical significance”. Its agreed guarantees were null and void.

Given it recognises no legal or other constraints on its behaviour, Xi’s regime will now feel free to deal with the Hong Kong unrest as it sees fit. The signs are ominous. Whether or not the violence was deliberately orchestrated by Beijing, as Martin Lee, the respected pro-democracy activist and former legislator, has suggested, China seems determined to exploit the opportunity it has created to tighten its grip and accelerate the process of forcible political assimilation. 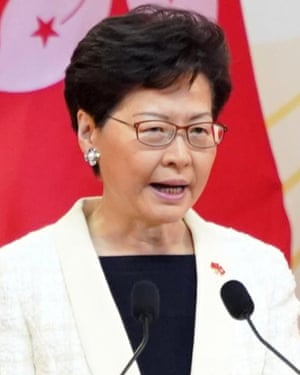 The Global Times, a Communist party mouthpiece, played up the protesters’ “reckless and savage violence” and urged zero tolerance. Professing concern for the city’s future as a “reliable” international hub, it said the threat to social order must be eliminated. “Without this policy, it would be similar to opening a Pandora’s Box.”

More significantly in terms of what happens next, the Hong Kong and Macau office of the State Council, China’s cabinet, said the “violent offenders’ criminal responsibility” comprised “a blatant challenge to the bottom line of the ‘one country, two systems’ formula”. China Daily went further: “The only way for [Hong Kong] to sustain economic growth and maintain stability is for it to further integrate its own development into the nation’s overall development.”

These are statements of intent. Xi and the cadres fully understand the benefits to China, especially at this juncture in its ambitious economic development, of having one of the world’s foremost financial and business centres under their wing. They also surely realise a Tiananmen-style military crackdown would have severely negative international repercussions. But what to do if turbulence in Hong Kong persists, threatening a wider contagion?

Imposing de facto direct rule from Beijing while maintaining the rhetoric of “one country, two systems” and the pretence of self-governance looks like an increasingly attractive solution for Xi. Carrie Lam, Hong Kong’s unpopular chief executive, will be kept in place, if only because allowing her ousting would reflect badly on China’s president. Autonomous appearances will be kept up. But the prospective reality, more so than is already the case, is of a mere puppet administration whose direction and policies are set in Beijing.

Xi values the wealth and opportunities Hong Kong provides. But he cannot tolerate dissent on this scale, given existing discontent across mainland China sparked by the economic slowdown, governance failures and expanding state authoritarianism. His nightmare is that insurrectionary democratic ideas could spread and be exploited by outside actors. For him, Hong Kong is a great prize turned potential Trojan horse.

The US and Britain are most often singled out for attack, even though the British government has been restrained in its comments – in fact, far too much so. “The anti-extradition drive has all the hallmarks of a US-patented ‘colour revolution’,” a pro-regime commentator, Thomas Hon Wing Polin, wrote last month. “Classic characteristics: long-term cultivation of local opposition leaders, always under the ‘pro-democracy’ banner; funding, direct and indirect; support via media propaganda and advisers on destabilisation and even uprisings; and recognition of the ‘democrats’, if regime change is necessary.”

This is mostly paranoid fantasy. But it is correct in one key respect. The Hong Kong “two systems” crisis reflects a broader, global clash not of civilisations but of ideologies, crudely defined – a contest between liberal, democratic laws-based governance and authoritarian, nationalist-populist “strongman” rule. It is the defining struggle of our age. Which is why Hong Kong’s protesters deserve whole-hearted support – and Xi must not be allowed to crush them.

Laogai Research Foundation
The Laogai Research Foundation (LRF) was established in 1992 by Laogai survivor, Harry Wu, to gather information on and raise public awareness of the Laogai—China's extensive system of forced-labor prison camps. LRF also works to document and publicize other systemic human rights violations in China, including executions and the harvesting of organs from executed prisoners, the coercive enforcement of China's "one-child" population control policy, and Internet censorship and surveillance. LRF serves as an authoritative source for journalists, researchers, politicians, and other human rights organizations on human rights in China generally and the Laogai and forced labor in China specifically.
Harry Wu, Founder

Harry Wu knows firsthand the atrocious conditions of the Laogai. In 1960, Wu was imprisoned at the age of 23 for criticizing the Communist Party, and subsequently spent 19 years toiling in the factories, mines, and fields of the Laogai.

He was released in 1979 and came to the US in 1985 with just $40 in his pocket. Since then, he has traveled back to China multiple times to further invesitgate Laogai camps and continue his call for human rights in China.

Wu founded the Laogai Research Foundation in 1992 to gather information on and raise public awareness of the Chinese Laogai.

The Laogai Museum is the first museum in the U.S. to directly address human rights in China. It is the hope of the Laogai Research Foundation that the Laogai Museum will preserve the memory of the Laogai's countless victims and serve to educate the public about the atrocities committed by China's Communist regime. First founded in 2008 with the support of the Yahoo! Human rights Fund, the museum reopened in its present location in 2011, becoming a place for human rights victims and advocates to reach out to a larger audience.

We are two blocks north of Dupont Circle Metro's North Exit on the Red Line (corner of 20th and S Streets).

Free 2-hour and metered street parking is available throughout the neighborhood.

The Laogai Archives are in the offices of the Laogai Research Foundation in Washington, DC.

Due to the suppression of free speech within China, much of the material housed within the Laogai Archives is not available to researchers in mainland China. Thus, the Laogai Archives are in a unique position to support academics, journalists, students, and activists in freely conducting research on human rights in China.