Breaking It All Down 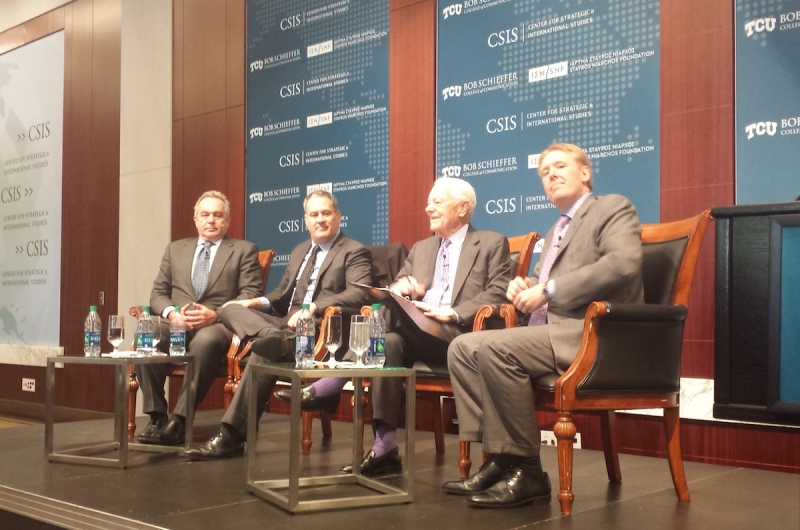 The discussion was clear and informative covering a variety of issues. The panelists started by illuminating on President Xi’s character and tenure compared to his predecessors, while deftly outlining the myriad of topics covered in the summit as well as a few issues that desperately need more coverage.

President Xi: What the US learned about him and China

President Xi entered talks with all the pomp and circumstance—twenty-one-gun salute, lavish dinner—that a powerful leader requires. Much of Xi’s visit was focused on economics. Most notably he started his US tour on the west coast speaking with major heads in the technology industry. Since the late 1970s this has been the case with US-China relations. Chinese leaders of the past have tried to put mechanisms in place to force collective decision-making; yet, Xi’s rule is greatly underappreciated. In two years time, Xi has dismantled this mechanism by going after corrupt officials, such as Zhou Yongkang, willing to accept a higher level of tension by making all the decisions. 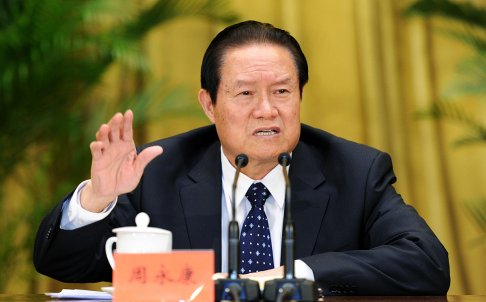 Chris Johnson noted the Chinese president was determined with his views, self-confident, and although speaking in America and thus to the American people, he was more so speaking to the people of China. There was a particular cadence to the way the two heads-of-state conversed.  President Xi clearly articulated his hopes for China-US relations, which he aims to set above issues such as cyber security or human rights. 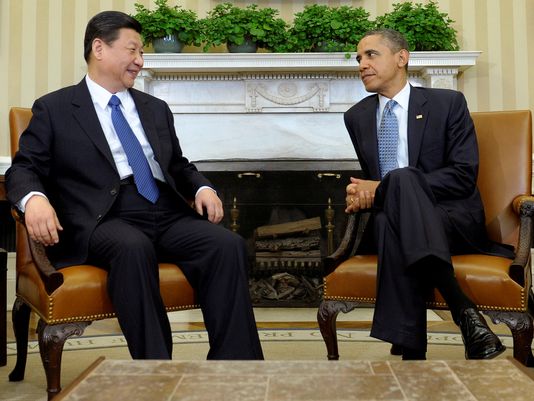 Comparing China’s Relationship with the US and UK

The US has been critical of Great Britain’s recent relationship with China. Before the visit to the US, President Obama debated trade sanctions as a result of China’s commercial espionage. Inevitably, he held off, but the US announced publily, “You’d better watch out.” 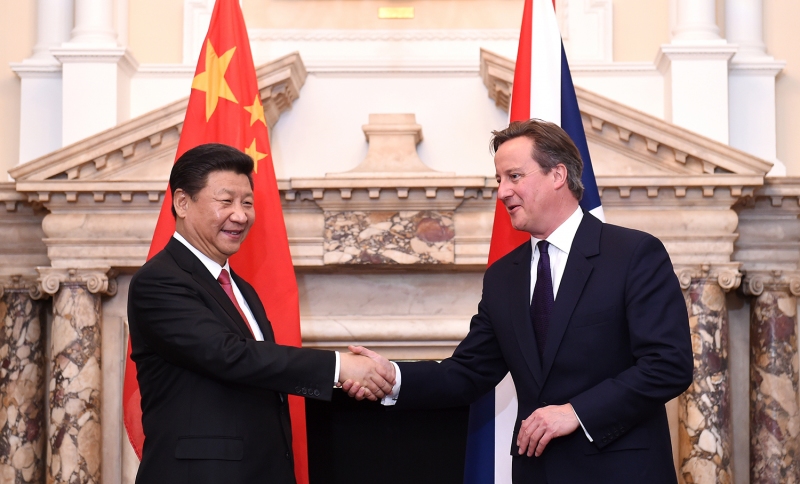 On the other side of the pond, Great Britain debated whether to name its relationship with China a “Golden Decade” or “Golden Era”. On issues the US deems important: human rights, currency manipulation, cyber espionage the UK has decided “everything is fine as long as trade and Chinese investments are rising…particularly in infrastructure”, notes Sevastopulo, where Britain desperately needs money.

Before former Chinese President Hu Jintao left office, he declared, “China is a Maritime Power,” a statement which had not been made in about 500 years. President Xi has reinforced this sentiment in many of his speeches. It’s no secret; China has been very clear, transparent and broad in its maritime strategy, most notably in the South China Sea with the development of artificial islands.

Contrasted to the mid-1990s, US naval forces easily maneuvered freely during the Taiwan Straight Crisis. Today, the situation would be more complicated. China has encroached with impunity toward its neighbors such as Guam and into the Indian Ocean. 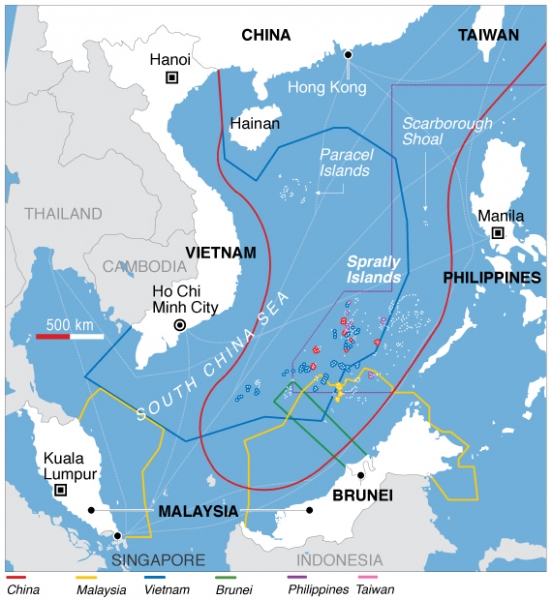 Ten years ago, China lacked the capabilities to control the South Seas. Sevastopulo notices a trend: “There’s a direct correlation between how many ships China has, how far they can go and how assertive they are toward neighbors.”

To China’s credit, they have been very methodical. The islands have grown quickly, but at a consistent pace. No one action is big enough to warrant a military response. At the same time, no one other than the US has the capability to act.

Unfortunately, short of military action, there’s nothing that can be done to prevent China’s progress; both its neighbors and the US have to accept it.

Each of the panelists concluded that Xi acted “strong and determined,” but to the Chinese people they sometimes describe him as “impetuous and impatient,” a label not often given to former leaders. Here in the US, the Obama-Xi Summit collected very little attention as the Pope and the resignation of John Boehner took over the headlines. Naturally, Xi scored better in China. At the same time, Xi is very exposed. He’s favored by the ‘rank and file,’ and uses national credentials effectively. Other countries think approvingly of him as well, but he’s quickly becoming a global leader along with all its implications. 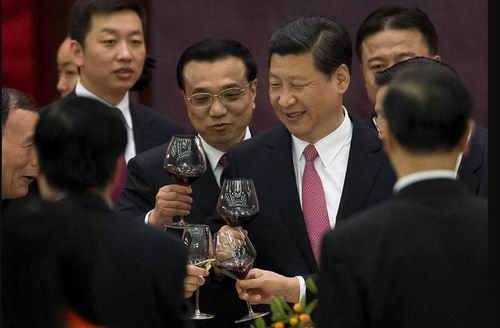 Chinese President Xi (3rd Left) toasts with high-ranking Chinese officials at a dinner marking the 64th anniversary of the founding of the People’s Republic of China at the Great Hall of the People on September 30, 2013 in Beijing, China (Getty)

The Good the Bad, and the Vague

China rarely admits any responsibility, so when solid progress toward reconciling commercial cyber threats took shape the Obama Administration was elated. Finally, a deal was made, yet a shadow of doubt always remains, ‘trust but verify.’ As of last week, China clamped down on the attacks, proclaiming it would make public statements and prosecute if evidence was presented.

What’s more, there are broader talks on global economic-governance issues. While China has been more willing to recognize benefits of the Bretton Woods System, the US has supported China in gaining a stronger voice in the International Monetary Fund.

Unfortunately, an agreement on No First Use (Mutual Non-Targeting of Critical Infrastructures), which many US officials thought was guaranteed, did not come to fruition.  In addition, nothing was mentioned on the topic of maritime security, according to a White House fact sheet.  Both of these issues prove US-China relations still have deep divisions. 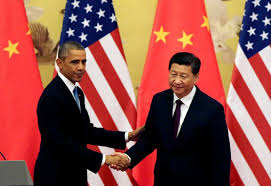 President Obama and China’s Xi Jinping shake hands at the end of their news conference in the Great Hall of the People in Beijing November 12, 2014, (Photo by Kevin Lamarque/Reuters)

The summit showed the US what President Xi was willing to compromise, like cyber security, and what he wouldn’t give in to, territory, activities in the South China Sea, and human rights issues. China is a real fact for the US. At the same time, the US has a strong presence in Asia and will continue to monitor the area with interest. Both countries are going to face more and more conflict; whether it’s security, military, business, attitudes and activities, every sector will be affected.

Ultimately, the visit was a major success. If it wasn’t evident before, it’s now apparent there is a reordering of the global balance as President Xi’s style of politics aids China’s rise.

Laogai Research Foundation
The Laogai Research Foundation (LRF) was established in 1992 by Laogai survivor, Harry Wu, to gather information on and raise public awareness of the Laogai—China's extensive system of forced-labor prison camps. LRF also works to document and publicize other systemic human rights violations in China, including executions and the harvesting of organs from executed prisoners, the coercive enforcement of China's "one-child" population control policy, and Internet censorship and surveillance. LRF serves as an authoritative source for journalists, researchers, politicians, and other human rights organizations on human rights in China generally and the Laogai and forced labor in China specifically.
Harry Wu, Founder

Harry Wu knows firsthand the atrocious conditions of the Laogai. In 1960, Wu was imprisoned at the age of 23 for criticizing the Communist Party, and subsequently spent 19 years toiling in the factories, mines, and fields of the Laogai.

He was released in 1979 and came to the US in 1985 with just $40 in his pocket. Since then, he has traveled back to China multiple times to further invesitgate Laogai camps and continue his call for human rights in China.

Wu founded the Laogai Research Foundation in 1992 to gather information on and raise public awareness of the Chinese Laogai.

The Laogai Museum is the first museum in the U.S. to directly address human rights in China. It is the hope of the Laogai Research Foundation that the Laogai Museum will preserve the memory of the Laogai's countless victims and serve to educate the public about the atrocities committed by China's Communist regime. First founded in 2008 with the support of the Yahoo! Human rights Fund, the museum reopened in its present location in 2011, becoming a place for human rights victims and advocates to reach out to a larger audience.

We are two blocks north of Dupont Circle Metro's North Exit on the Red Line (corner of 20th and S Streets).

Free 2-hour and metered street parking is available throughout the neighborhood.

The Laogai Archives are in the offices of the Laogai Research Foundation in Washington, DC.

Due to the suppression of free speech within China, much of the material housed within the Laogai Archives is not available to researchers in mainland China. Thus, the Laogai Archives are in a unique position to support academics, journalists, students, and activists in freely conducting research on human rights in China.